A cultural tour refers to excursions mainly. The famous landmarks, monuments listed in the world heritage sites and national parks, the popular viewpoints are of major attraction for cultural tour. The lifestyle, food habits, festivals, dressing patterns also a major part of the cultural tour. Biodiversity and its relationship with people is also part of the tour. Cultural tours consist of easy walks, small hikes and most of the time takes an appropriate means of transport. People of any age sometime even with physical disabilities can join the cultural trips. Our cultural tours are designed to give a real experience of the place where people are going.

Nepal considered as a conglomerate which consist of many different religions and many different culture existing together with a perfect harmony. One can visit the durbar squares to identify the wood carving that were made ages ago and the culture of making carvings are preserved by Newar communities specially Shilpakars. These Newar people had intricate wood carving even for their houses in the past. The architecture is called Newari architecture as most of these people dedicated to make these types of carving.

The valley itself having very fertile lands and very comfortable and pleasant climate attract the invaders from outside to conquer them and settle inside the valley. As a Kathmandu is mixed up with all different sorts of people who brought different culture from different part of the country which results now a day a heritage with living cultural museum.

Nepal geographically divided in to three different regions. The southern plain land considered food store for Nepal is popular by the name Terai. Terai was once a dense forest and royal’s hunting ground now it contains two of the important national parks where people do safari to sight the royal Bengal tiger. The hilly areas where most of the different ethnic groups live are famous for its terraces and bear a great potential for citreous fruits. The mountain area is located to the north where the Sherpa people and Bhotia people are living.

As Nepal is the house for more than sixty ethic groups and most of them having their own spoken language, every time a foreigner pass one the different area they can see people with different customs, dresses and languages. The southern plain land occupied by Tharus, Jhangad, Koche, Meche and Maithili communities with significant number of people migrated from hilly area. The lower hills are occupied by Brahmins, Chhetris and many other ethnic minorities. The higher hills are occupied mainly by Tamangs, Gurungs and Magars as well as high mountains in the east there is a villages of Sherpa who are grown up as famous mountaineers in Nepal. Newar considered the original valley dwellers who are engaged in metallurgy, arts, crafts, building palace and temples are living with perfect harmony with the peoples who migrated from outside the valley.

Majority of Hindu people in the country are living with significant number of Buddhist population. There are Muslims concentrated next to Indian borders and even Shikh and Jains are the residents and dominant religion in Nepal. 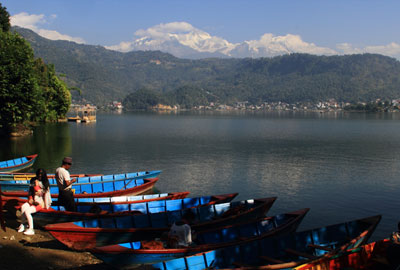 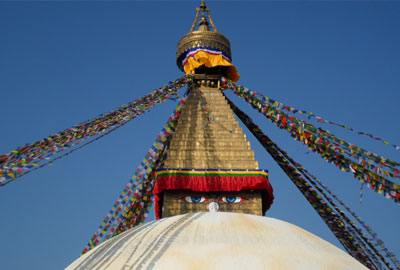 Kathmandu and around Kathmandu tour

Nepal special with focus in monastery and ashram 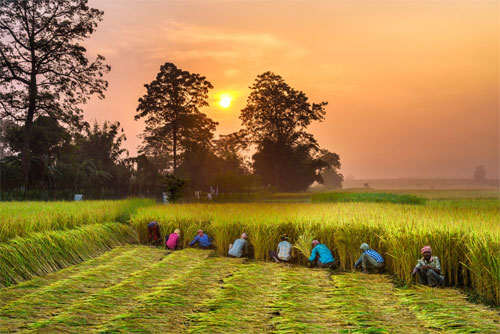 Your trip will be 100% customized to your needs!